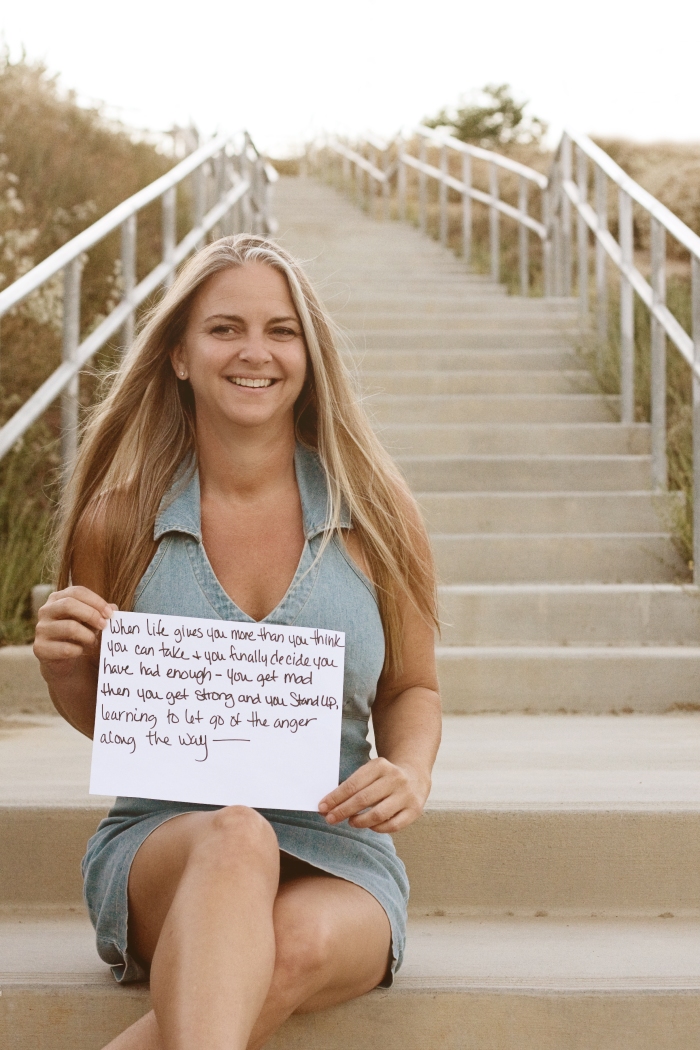 I met Robin for the first time, the evening we shot these images. Her friend was going to be sharing a note, and she decided that she would as well. This was a really fun session, as Robin is a crack up. She was up for anything, which always makes my job easier. Most of all, she just seemed really comfortable in her own skin…which makes it really easy to be around her. And I after reading her note and hearing her story, I realized how far she had to come to reach that point, which makes it even cooler. Here is her story in her own words….

I was with a man for 13 years. We had a good life (or so I thought), then one day the rug was yanked from under my feet, leaving me with nothing ….so I had to start over and it scared the hell out of me at my age…. I was so angry for awhile, until one day I had decided that I had had enough and I stood up brushed myself off and took my first step forward in letting go of the pain, anger and fear.  Once I did that, things started to move in the right direction. It has been an uphill battle for almost 5 years now, but each day is better than the one before, and I want women, especially my own two daughters to understand that when life is tough, not to give up and to try and keep a positive outlook on tomorrow… (is that waaaay to sappy?)

I work two jobs now, and have for a year, and I realized that the anger was stemmed from pain and hurt, leaving me not trusting anyone.  I don’t really share that with anyone, I ask nobody for help, and do it on my own. It’s hard but its mine…. All I have is mine! and that is an empowering feeling.

And now, I would never mention how old anyone is without permission, but let me just say, I know how old Robin is, and I never would have guessed it in a million years…..and look at her legs. Holy crap. That almost makes me want to start working out…almost. 🙂